A South Region Prayer Meeting has been scheduled at Mr. Mathew and Susan (Biji) Varughese's home in Cypress on Saturday, February 25th at 6pm. We request everyone in the South Region and nearby areas to attend. Please pass this information to other members in your area.

H.G Dr. Geevarghese Mar Osthathios entered into eternal rest at 8:10 pm, Februrary 16th, 2012, Indian time. During the last week he was admitted in Parumala Hospital because of kidney and other issues which had arisen because of old age. His Grace was 94 years old. He was the metropolitan of the Niranam diocese from 1975-2007. He was retired since then. He had served actively on the World Council of Churches.
Ordained as a Deacon on 9 August, 1947. He was then ordained as priest on 10 May 1956. Elected by the Malankara Syrian Christian Association as a Metropolitan on 2 Oct 1974.

His Grace Dr. Geevarghese Mar Osthathios is in critical condition at Parumala Hospital. Please remember His Grace in your prayers.

A Youth Bible Study for High School Students and up has been scheduled for Sunday, February 12th from 1 to 3pm at church.  Please make arrangements and have your children attend.  Carpools can be arranged for anyone that needs a ride back home.  Please contact Binil Mathew or Anish Mathew for assistance. 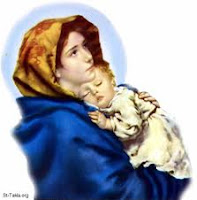 Inviting all women to be part of an exciting, educational and spiritual journey.  This year will be an important year with the Diocesan Marth Mariam Samajam Conference being held at our church in October.  The theme for this year is taken from Titus 2:7, "Show yourself in all respects a model of good deeds."  Please join us after the Holy Qurbana on February 12th.

A Central Region Prayer Meeting has been scheduled at Mr. B.C. Mathews and Rajamma's home in Cerritos on Saturday, February 11th at 6pm.  We request everyone in the Central Region and nearby areas to attend.  Please pass this information to other members in your area.