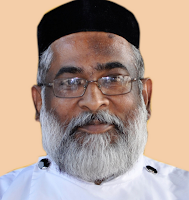 Fr. Dr. Reji Mathew is currently professor at the Orthodox Theological Seminary, Kottayam. He is also Dean of Studies for the Seminary as well as Registrar of the Federated Faculty for Research in Religion and Science(FFRRC). Following a Bachelor in Education (B.Ed.) from the Mahatma Gandhi University, Fr. Reji Mathew began his theological education at the Orthodox Theological Seminary at Kottayam where he completed the Graduate in Sacred Theology (diploma) and Bachelor in Divinity degree with first class and second rank from Serampore University. He earned a Master in Theology (New Testament) from the FFRRC under the Senate of Serampore. He further completed an M.A. in English from the Kerala University. He has earned a Doctorate in Theology in New Testament from the Friedrich Alexander University in Erlangen, Germany. His research was on The Christological Significance of the Geneology of Jesus in St. Matthew's Gospel. He has been lecturer at the OTS Kottayam since 2010

Fr. Reji Mathew is the Executive Editor for the Thiruvachana Bhashyam and is on the Curriculum Committee of the Orthodox Sunday School Association of the East (OSSAE). He currently serves as Vice-President of Akhila Malankara Orthodox Susrushaka Sangom (AMOSS). He is also a member of the Joint Commission for Orthodox – Roman Catholic Church.

‘A Commentary on I Corinthians’ (Thiruvachana Bhashyam) and ‘I Worship Therefore I Am’ are two of is very popular books. Along with several other articles in various Church publications, he also authored the popular article ‘Jesus Christ as the Hermeneutical Key for Interpreting the Book of Revelations’.

Fr. Reji Mathew has served as Principal of the St. Thomas Orthodox Theological Seminary (STOTS) at Nagpur (1991-2010), Director of the OSSAE Outside Kerala Region (2000-2010), President of Prerana School for Mentally Challenged Children (2001-2010) and Chief Editor of the Sahayatra Magazine. 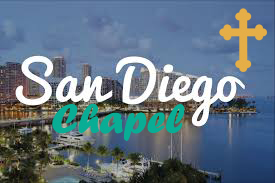 A handful of families from our Church, who live in San Diego, have taken the initiative to form the San Diego Congregation as an extension of the St. Thomas Orthodox Church, Los Angeles.  They plan to host a Holy Qurbana service in San Diego the fourth Saturday of each month.

This Chapel is easy to get to, because Mira Mesa Boulevard is an exit from 15 and 805 freeways. It can conveniently accommodate up to 80 people and has a large parking lot.

We invite you to show your support by attending this joyous event.

If you plan to attend this Holy Qurbana, could you please send Dr. Kandathil Jacob an e-mail at kjacob@earthlink.net and let him know how many adults and kids will be there in your party. This would help the San Diego Congregation ensure a pleasant experience for you.

A General Prayer Meeting has been scheduled for Saturday, July 6th at 5:30pm at church.  Fr. Shibi John, visiting Los Angeles, will conduct the prayer meeting.  All our families should plan to attend and participate in the prayer meeting.