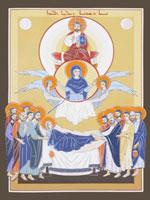 A Holy Qurbana is scheduled for Wednesday, August 14th at 6:30pm to end the Shunoyo Fast (Assumption of St. Mary).  Please plan to attend with your family.


The Theotokos had now reached an advanced age. Her fervent and unceasing desire was to leave the body and be with her beloved Son and God. The Mother of God did not fear death, nor did she seek to avoid it. She knew that death had already been overcome by her Son and God. At that time she still lived in the house of John the Evangelist on Mount Sion. She often went from there to the Mount of Olives to offer fervent prayers. As she was thus praying on the Mount of Olives that the Lord quickly take her to heaven, there appeared before her the archangel Gabriel and disclosed to the Theotokos the following: “Thus says your Son: The days are approaching when I will take My Mother unto Me”. Thus the Virgin heard those much longed for words which she received with gladness. 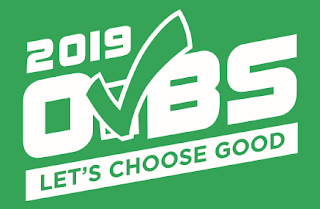 The 2019 OVBS will be held at our church from Friday, August 9 to Sunday, August 11.  Please see schedule below.  All volunteers please contact Fr. Samuel Varghese or Mr. George Mathew (Madhu), Principal.  If any parents would like to sponsor meals during the event, please let Madhu know.